Settlers Bay Golf Course is an 18-hole daily fee facility located within a 2000 acre residential community in the heart of Alaska’s Iditarod country. The first 9 holes were built and open for play in 1977. Originally designed as a par 37 with quick coupler irrigation, Settlers Bay was the second golf course constructed in the Matanuska Susitna Valley and the valley’s oldest course still in operation today. The original 9 is home to what many considered the toughest golf hole in Alaska, number 18, Nome. Our timber framed clubhouse was constructed in 1984. In 1996 construction of nine additional holes was completed and opened, featuring the 2nd longest par 5 in Alaska, number 7 Nikolai, and three par 3’s, moving the course to a par 72. The design of the new 9 included the preservation of wetlands and the creation of an artificial beaver dam on number 3, Skwentna.

All the holes are named for stops along the Iditarod National Historic Trail. Number 1, Kink, is appropriately named for our location and start of the Iditarod, and 18, Nome, the finish line of the 1000 mile "Last Great Race" across the Alaskan Wilderness.

Course improvements have been ongoing, the irrigation was upgraded on the original 9 to an automated system allowing for further improvement in putting green quality starting in 2001. Trillium Corporation sold the property in 2002 to the current ownership group, Settles Bay Golf Course, LLC. Upon the sale the 9’s were switched to allow Alaska’s toughest hole, Nome, the opportunity to decide many games. During the switching of the 9’s number 16, Koyuk, was shortened to a par 3 to bring the front 9 to a par 36 and a par 71 overall. Since 2002 the LLC has put more than 1.3 million dollars into course improvements and renovations. The clubhouse kitchen received a facelift, and two new practice putting greens were constructed in 2003 to help accommodate the increased play. A new fleet of golf carts were added Spring of 2021.

Amos Stephens, GCSAA Class A Superintendent, was promoted to Superintendent prior to the start of the 2005 season and the beginning of converting all the greens to a blend of A4, G6, Crystal Blue Links Creeping Bentgrass was begun. In 2007 a complete bunker renovation was started and all the bunkers on the course were rebuilt, shaped, lined and replaced with new sand. During the 2014 season a tee box renovation was initiated with new tees added and existing tees expanded to provide a more enjoyable experience for all golfers regardless of skill level. The new tees allowed the option for the course yardage to be reduced an additional 900+ yards to help put smiles on faces and ultimately bring more enjoyment to the game.

The improvements in infrastructure and ultimately the course conditions year after year are a direct reflection of our continued commitment to “Enhance Your Experience as a Golfer.” No matter your skill level on the course, conditions are maintained with everyone’s enjoyment in mind.

Ready to Reserve your Tee Time? 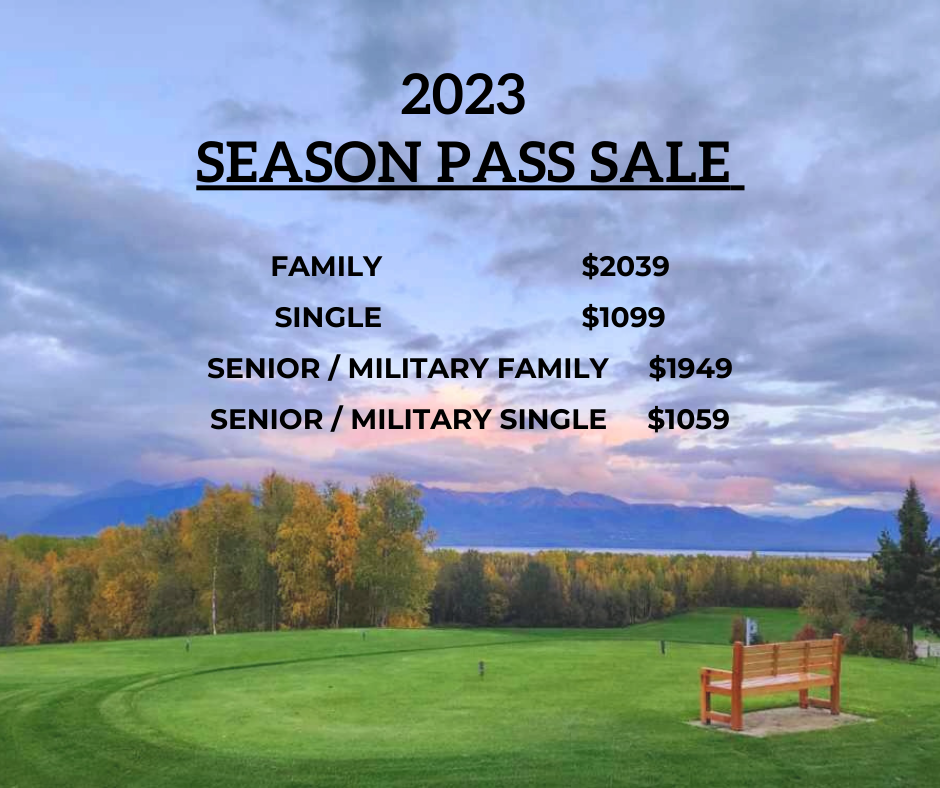 Our sale pricing is in effect until November, 30th, 2022.The Seasons Pass Sale discount is 20% off your applicable Season Pass fee.